Camerata is the first full symphonic ensemble and consists of strings, winds, brass, and percussion. This full orchestra introduces aspects of performing larger-scale repertoire consisting of both educational works and also arrangements of larger standard classical works. For most students, this will be their first experience playing in a full symphony. During the first half of rehearsal, the ensemble rehearses strings ands winds separately to focus on instrument-specific music making, and during the second half all instruments join together. Students will be exposed to the different instrument families first hand and will be able to experience the excitement as well as be able to acclimate to the differences of playing in a full orchestra. 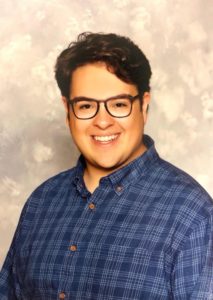 David Metrio is currently the Director of Orchestras at Lanier High School in Buford, GA as well as the conductor for the Georgia Youth Symphony Camerata Orchestra.

While at KSU, Metrio served as the president of the KSU chapter of the American String Teachers Association. Mr. Metrio has studied double bass under Dr. James Barket (Kennesaw State), Mr. Joseph Mcfadden (Atlanta Symphony), and Mr. Michael Kurth (Atlanta Symphony). Mr. Metrio has also performed with several orchestras in the Atlanta area such as the Georgia Symphony, the Kennesaw State University Orchestra, the Gwinnett Symphony, and the Emory Symphony.

Mr. Metrio is an active bass clinician in the Atlanta area. He has presented bass clinics at various middle schools and high schools in the Gwinnett, Cobb, and Fulton County School Districts as well as the Atlanta Public School District. Metrio has served on staff at the Upbeat! Summer orchestra camp as well as the Georgia ASTA summer orchestra camp. Mr. Metrio also maintains a small private bass studio.

In his free time, Mr. Metrio enjoys traveling and considers himself an avid foodie. He resides in Suwanee, GA with his beloved Shih-Tzu dog, Mozart. 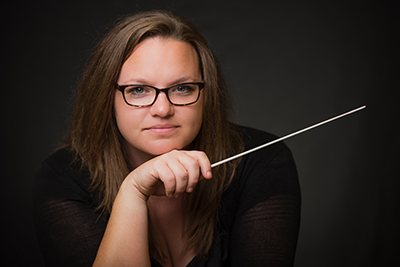 Christin Lawhorne is currently the Director of Orchestras and the Associate Director of Bands at River Ridge High School in Woodstock, GA.

She has been teaching band and orchestra in Cherokee County for 6 years. Ms. Lawhorne graduated from Reinhardt University in 2010 with a BA in flute performance, having studied with Kelly Bryant and Lisa Mahoney. She then obtained her BS in Music Education in 2013, and most recently achieved her Master’s in Music with an emphasis in conducting in 2016.

Christin is an avid performer, currently playing with the Georgia Wind Symphony in Canton, Ga. Previously, she has performed with the Atlanta Musician’s Orchestra, The Flute Choir of Atlanta, Tara Winds, and the American Patriot Winds.

In addition to teaching band and orchestra in Cherokee County, Ms. Lawhorne has had the privilege to direct several high school-aged flute choirs and even a saxophone choir in the past 6 years. She is delighted to help start the GYSO Flute Choir for the 2019-2020 school year. Ashton, her 13-year old son, plays clarinet in the GYSO Camerata and is her greatest accomplishment.